You could win tickets on Delta Airlines or a new Geo every day!

As we look forward to all that is planned for the Disneyland 60th Anniversary celebration, the plans of the 35th Anniversary seems somewhat subdued (you can only get SO excited about a Geo…it’s still a Geo after all).

In what I consider a genius marketing move, Disneyland released a 35th anniversary special that highlights not only the theme park – but it’s expanding media empire.

The special opens with the cast of Cheers sitting around the bar when Woody walks in and asks to turn the television to the Disneyland special (directed by John Landis!).  As Woody says, “Everyone loves Disney!”

Check out those ticket prices!

Highlights and guest appearances include: 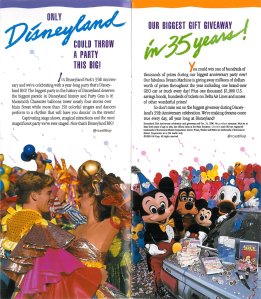 Run All The Races

Run All The Races 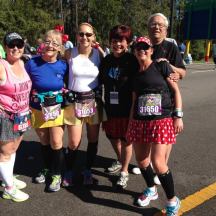 Eddie is the prettiest Princess of the them all – and we have the on-course photo to prove it!

Kimberly, Gail, Rebecca, and Pam at the finish of the 2014 Enchanted 10K 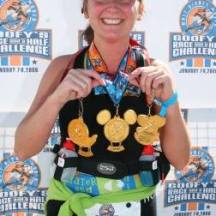 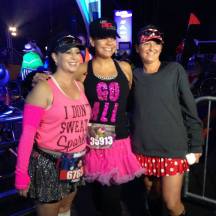 Our first Runner’s World Cover…we’re kinda a big deal (at least in our own minds…)!

Golf cart full of crazy during the 2014 Walt Disney World Princess Half Marathon.

With Dr. Nerenstone showing off all my medals earned while undergoing breast cancer treatment up until my final chemo “therapy” (Aug-Jan). 3 full marathons (including 2 world majors), 5 half marathons, 1 10-miler, 3 10-k’s, 5 5-k’s, plus a Dumbo, Goofy, Dopey and a Coast to Coast! 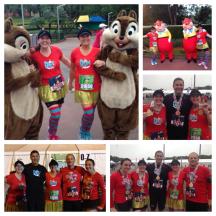 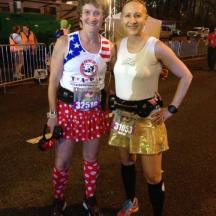 2005 Walt Disney World Triathlon: The race that got Gail hooked on running Disney. 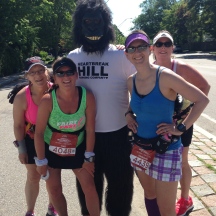 Stop running and take a photo? Sure (we’re up for ANY reason to take a break)! Alison Jakeman Nicklas, Perfect Goofy Gail, the Heartbreak Hill Running Company Gorilla (he was out BOTH days cheering us on), Kimberly, and Pamela Potter Frost. 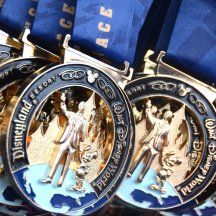 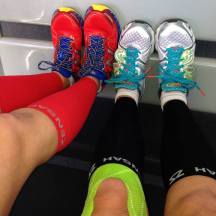 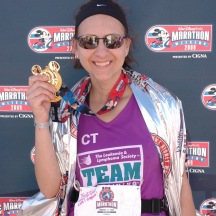 THE BLING – ohhh the bling! And even better, my friend Maureen placed 3rd in her age group. This is now our FAVORITE RACE EVER! 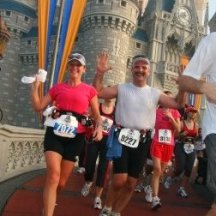 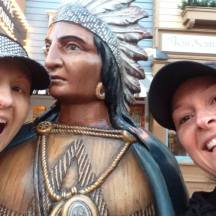 Kimberly during her first Walt Disney World Marathon in

Countdown to Our Next runDisney Race

Countdown to Our Next Race Together